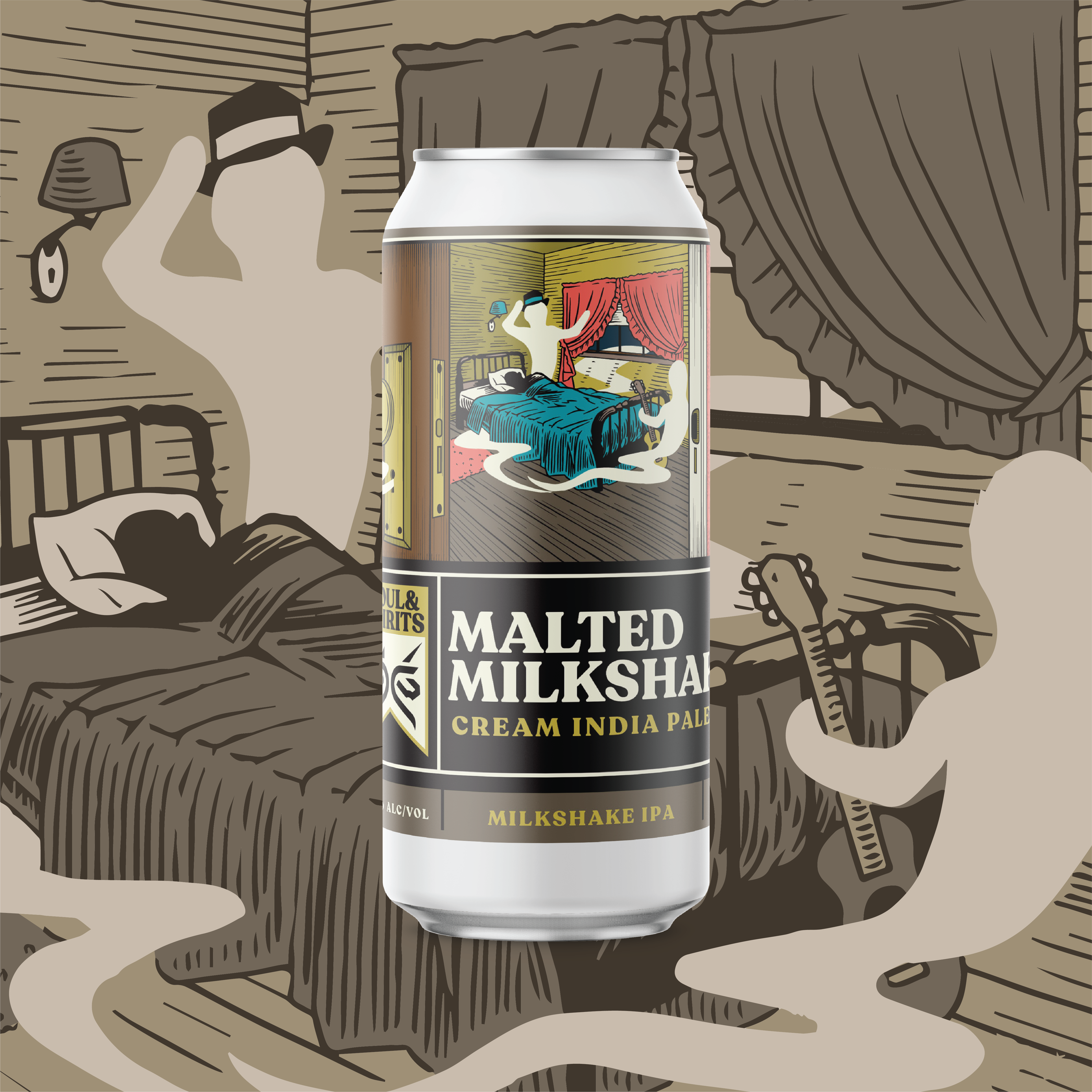 A Milkshake IPA is a sub category of the New England IPA made with lactose to create a creamy beverage, reminiscent of our favorite childhood indulgent treat! Did you know that back in the day when a soda jerk added “malt” to a milkshake it was actually dried sprouted barley, that we use in brewing today! It was just in powder form and mixed with powdered milk that helped to add a distinctive flavor to the shake. Our Malted Milkshake has a luscious body, due to the added lactose, and has flavors of vanilla, tropical punch and sugared berries. These flavors are all because of our special blend of hops, no fruit is added to this beer. A bright, juicy and full of tropical fruit flavors libation, this ale will definitely chase your blues away.

Johnson originally wrote and recorded “Malted Milk” in 1937 shortly after  prohibition had ended and quite a lot of the speakeasies or illegal drinking dens would serve their spirits mixed with milk in case they were raided. A lot of the breweries folded because of the lack of sales, others stayed in business by brewing Malted Milk. This was a safe cover story since commercially advertised Malted Milk contained some alcohol, but was marketed for a slumbering sleep aid for children. Blues of this time was full of wordplay and double-entendres. In this case of “Malted Milk” Johnson sings of alcohol being the “forbidden fruit.”