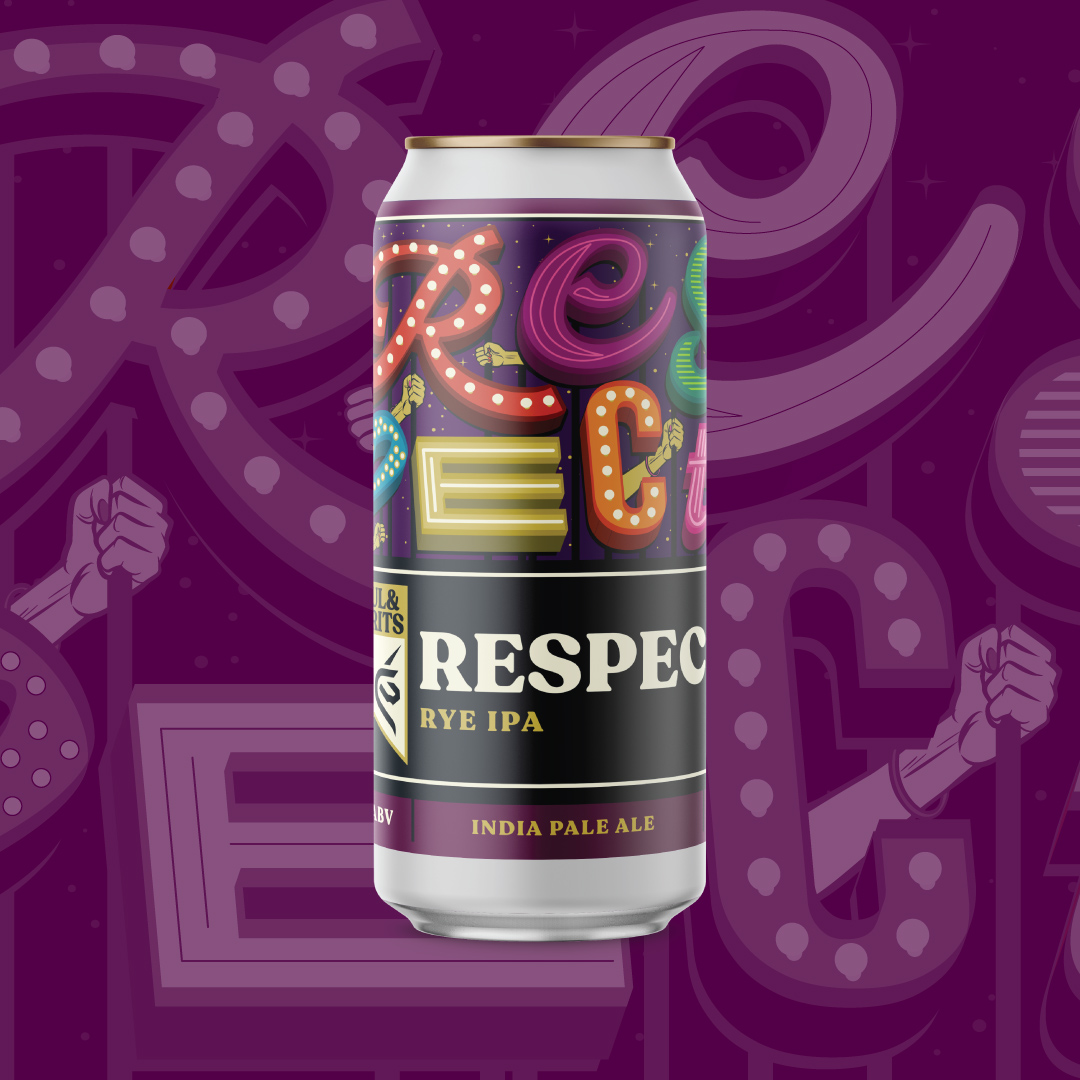 Our Rye IPA is a bolder version of a traditional IPA, because it uses rye in the grist build instead of just pale malts. A style that was popularized by craft home brewers, using rye presents a nice spicy, peppery malty backbone that mingles with the bitterness of the hops. Tons of hop aroma and flavor from this bold ale include papaya, lime and tangerine. Rye IPAs tend to be spicier, drier and creamier than a traditional IPA. Respect Rye takes all the best parts of an IPA, hop forward and bitter, but also adds a spicy, dry note to give it a more of a sophisticated spin. What you want, baby, I got it, but not for long, as this super limited release, will be gone quick.

Written and originally recorded by Otis Redding in 1965 for his third album, OTIS BLUE; would later become an even bigger hit for Aretha, when she recorded it and released it in 1967, making this song her signature hit. Released on her Atlantic Records debut album, I NEVER LOVED A MAN THE WAY I LOVE YOU. Her version turned into a feminist anthem in the 1970s. Aretha was also awarded 2 Grammys with the song, Best R&B Recording and Best R&B Solo Female Vocal Performance. Her version was honored, in 2002, by the Library of Congress adding it into the National Recording Registry and in 2021, it was ranked #1 on Rolling Stones 500 Greatest Songs of All Time. When asked about her song being an anthem for the civil rights movement and her stance on the matter, she said, “I don’t think it’s bold at all. I think it’s quite natural that we all want respect-and should get it.”