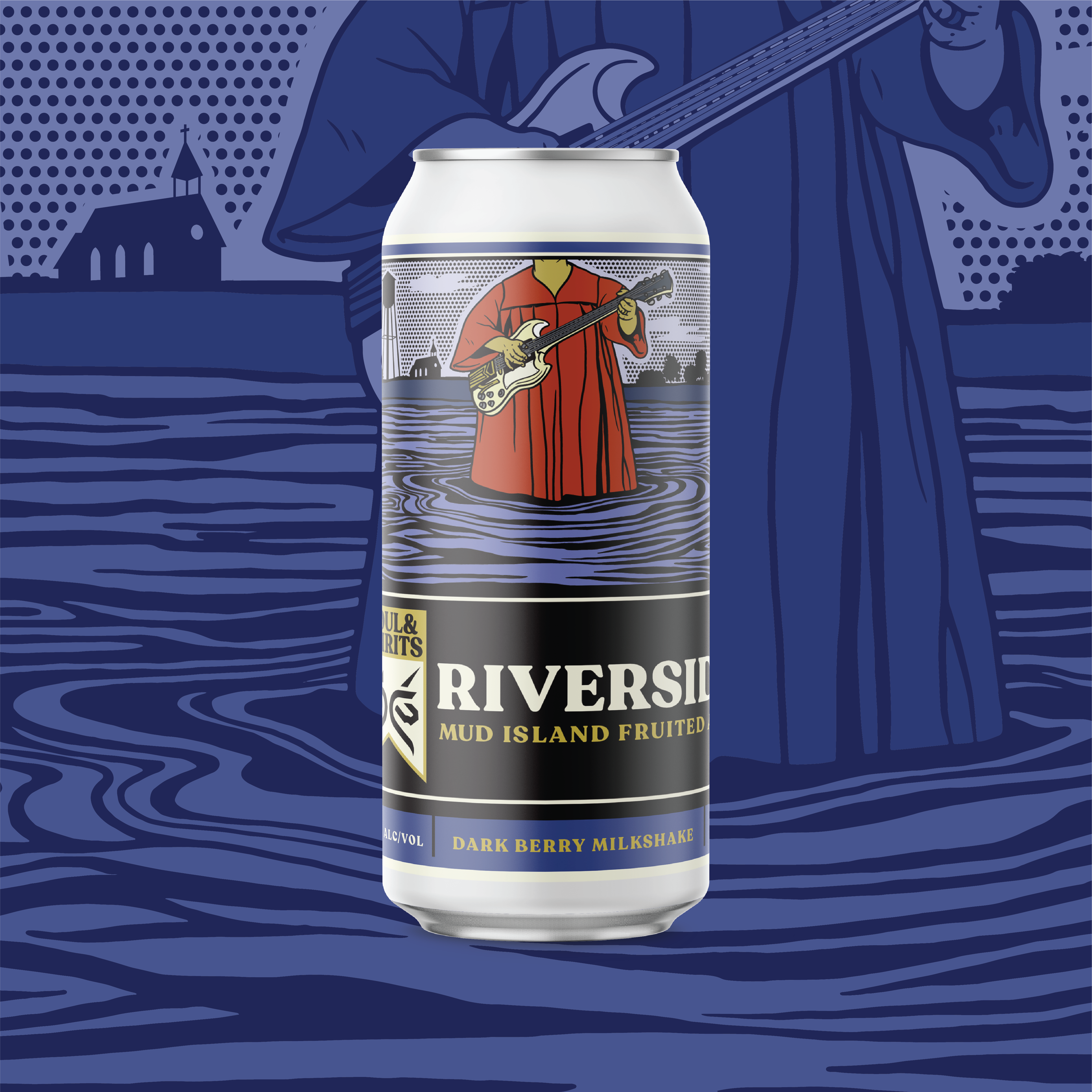 Inspired by “Down By The Riverside” Sister Rosetta Tharpe

Our Fruited Mud Island Ale, is a milkshake version of our Mud Island Ale that we add real fruit to, either Cherry, Raspberry or Strawberry. We add lactose and oats to give it the fullness and mouthfeel of a milkshake. Also, we add roasted cocoa nibs and Madagascar vanilla to really give an intense chocolate flavor. Riverside is highly hopped to give strong jammy berry notes, that complements whichever fruit is added. This ale tastes like a lava cake served with fresh berries. So come visit us down by the riverside, lay down your heavy load, and grab one of these limited beers before they are gone.

“DOWN BY THE RIVERSIDE” Sister Rosetta Tharpe

An African-American spiritual, with roots dating back before the American Civil War; it was first published in 1918, and first recorded in 1920 by the Fisk University Jubilee Quartet. Throughout the years it has been used as an anti-war protest song. Tharpe’s version was selected for preservation by the National Recording Registry in 2004. Known as the “Godmother of Rock and Roll” Sister Rosetta Tharpe, born in Cotton Plant, Arkansas,  was the first great recording star of gospel music. A pioneer in her technique of playing electric guitar, Tharpe was one of the first recording artists to use heavy distortion, presaging the rise of electric blues and the development of British blues. A performer who wasn’t afraid to ride the line between sacred and secular, she pushed gospel into the mainstream and pioneered the genre pop-gospel. She performed up until she suffered a stroke in 1978 and died at the age of 58. She was a huge influence on many artists including: Elvis Presley, Little Richard, Johnny Cash, Chuck Berry, Carl Perkins, Tina Turner, Aretha Franklin, Eric Clapton and Keith Richards. In 2007, she was inducted into the Blues Hall of Fame and in 2018, into the Rock and Roll Hall of Fame.