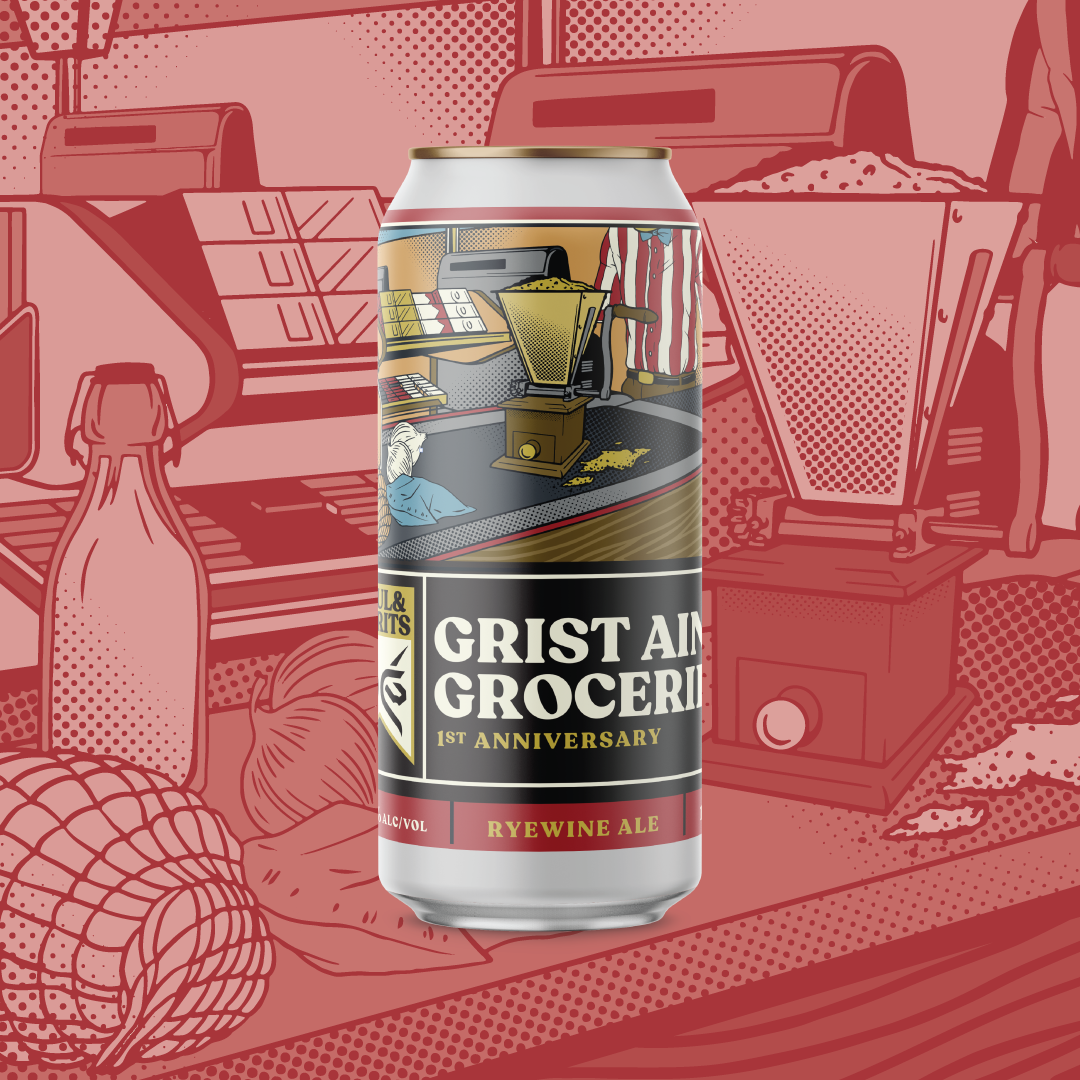 Our 1st Anniversary special release is a Ryewine, which is similar to a Barleywine, but made with mostly Rye malts. This beer was brewed using some of our favorite malts and hops that we used during our first year of operation. We used malted Carolina Rye giving notes of classic herbal spice and citrus; Golden Promise malts, which is a Scottish heritage barley, that gives a bright balanced mouthfeel; and German Pilsner malts for a light honey flavor. The hops used during the process were Talus and an experimental hop, HBC 630, bursting with flavors and aromas of floral bouquets of dried roses,  jasmine, and candied cherries. Grist Ain’t Groceries is velvety and warming with a subtle, molasses toffee sweetness and vibrant spiced cherries. A big beer that you can enjoy right away or cellar and drink later as a special treat. We thank all of you who came out and supported us this first year, cheers to many, many more!

James Milton Campbell, Jr., known simply as Little Milton, is an American blues singer and guitarist from the Mississippi Delta. He started his recording career in 1953 at Sun Records before moving to St. Louis in 1958, but he did not achieve chart topping success until he signed to Checker Records, he also released albums on Meteor, Stax, MCA  and several others. “Grits Ain’t Groceries” would become one of his best known songs. It was written by Titus Turner in 1955 as “All Around The World” and originally released by Little Willie John. Milton’s version would reach #5 on the Billboard R&B chart and #73 on Billboard Hot 100. It has been covered by James Booker, Edwin Starr, John Mayall and Lou Rawls. He was inducted into the Blues Hall of Fame in 1988. Little Milton recorded and performed until he died from complications of a stroke in 2005. He has honored posthumously with a marker on the Mississippi Blues Trail in Inverness.